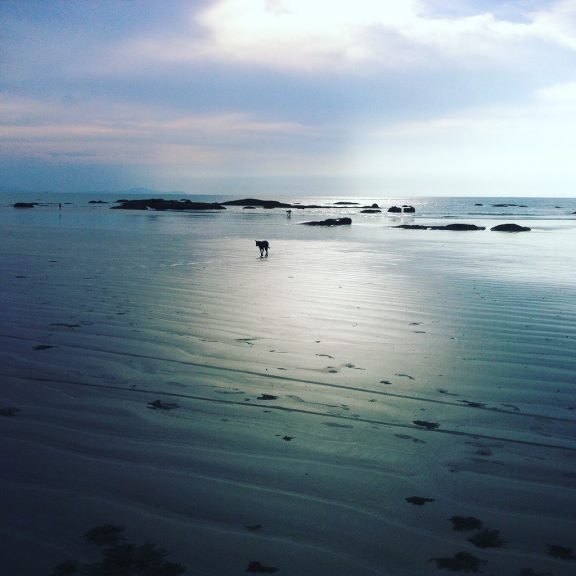 We returned to mandalay for a rest before we headed to the unexplored south. We took a taxi out to Mandalay hill and I must say it is really worth a visit. You get an amazing view of the city from the top and on the way up there are pretty gardens all dedicated to love. By the way, you can take off your flip flops and carry them with you (all the locals do!), they claim you can’t as they want you to pay to store them! They are catching on very fast as to how to scam the tourists here lol!

The next day we took the bus to the south, it was a super early morning bus and the bus driver brought us to a typical Burmese tea house for breakfast whilst we waited for others to arrive ? The tea house serve super cheap tea and coffee along with plates of samosas and spring rolls which cost about a euro for a whole plate! We were the only Farang on the bus and at the rest stop restaurants, it was very refreshing. All of the locals were super friendly and lots of them stared at us like we were from another planet lol! At the station in Ye, families got us to pose with them for photos (oh how the tables have turned lol). Guess they were getting us back for taking lots of pictures of them going about their normal routine (like sitting on the roof of trucks etc!) Ye is a pretty town especially around the sacred lake area which is kept very clean. There is a temple to walk around and a lake which hosts hundreds of fish. The locals encourage you to feed them to get good karma, the fish food costs about ten cents and the fish go mad for it so it’s an easy way of getting some good karma haha! Our guesthouse (one of the rare few that is registered to house foreigners) was on the river with very pretty view. The river area is not kept so tidy which is a real shame as it is naturally very beautiful and looks onto a small island which local fishermen live on ? We didn’t luck out when it came to eating out in Ye, many of the menus were only in Burmese (do have pictures of rice and chicken saved on your phone or learn the words lol)!

The next day we moved onto Dawei (which has only recently been opened to foreigners ? There was a checkpoint to enter the state in which we had to get off the bus and have our passports and visas checked (do hang on to you paper evisa as they sometimes forget to write your evisa number on your passport stamp!) Thanks to Phil’s obsession with keeping all paperwork, we were fine and got to go through ? We arrived at Dawei bus station and weren’t entirely sure of how to get to our guesthouse! I stopped in a local tea house for directions, a guy started to explain the way and then decided it was too far so he would drive me, he hailed Phil a moto taxi. It was pretty far so I was very grateful for the lift, he wanted no payment and Phil’s taxi was only 50 cent so win win ?

Dawei is a very pretty city, it is like it has grown within the jungle ? Our hotel had a rooftop terrace with a stunning view over the city where breakfast was served in the morning. We found one really tasty restaurant, bit pricey but after many days of not so fabulous food, we had a feast here! The name is in Burmese so I don’t know what is was called but it is near Pearl Princess hotel and there is always a hub of activity at it so come late or book a table ? We met two fellow Farang in our hotel from Australia who were biking their way around, we chatted to them about where they had a been and got some ideas about whre to go and where not to go in India ?

The next day, we got a tuk tuk to Maungmagan beach which cost us 15000 kyat return. Our driver was determined to make as much money as possible so he turned off his engine and free wheeled down the hills! When we reached the beach, we got some lunch in one of the restaurants which was very tasty and good value for a place on top of the beach. The beach was covered in litter which is a real shame and hopefully there will be a clean up campaign put in place soon. We walked to the far side of the beach to where the bungalow resort is as it is kept clean by the owners ? We had a lovely afternoon at the beach, watching the waves rolling in, playing in the crystal water and bathing on the white sands. We were completely alone until a family of Burmese people approached us with their smart phones clicking away. They talked to us in Burmese as they kept snapping away! They don’t get many white people here lol! We were like celebrities and I was very glad that I had gotten a Brazilian lol! Later that evening, a few locals arrived to fish and young couples came to sit and watch the sunset ?

The next day, we took a shared taxi with the Australian couple to the Thai border.

More on this next time!